Take a moment to observe. What if I said I was born with Autism? You may feel acceptance and a bit of sympathy. But what if I say I had a Mental Illness? You may feel yourself separating and judging me as bat shit crazy.

Now how about this…What if I told you I live with Borderline Personality Disorder and am a recovering addict, co-dependent, love addict, and survivor of domestic abuse and sexual trauma? This is my story about recovery from BPD, addiction and how YOGA helped free me from my chains.

What is Borderline Personality Disorder?

By definition Borderline Personality Disorder is a disorder where individuals have extreme difficulties regulating their emotions. Problems include intense anger, chaotic relationships, impulsivity, unstable sense of self, suicide attempts, self-harm, shame, fears of abandonment, and chronic feelings of emptiness. 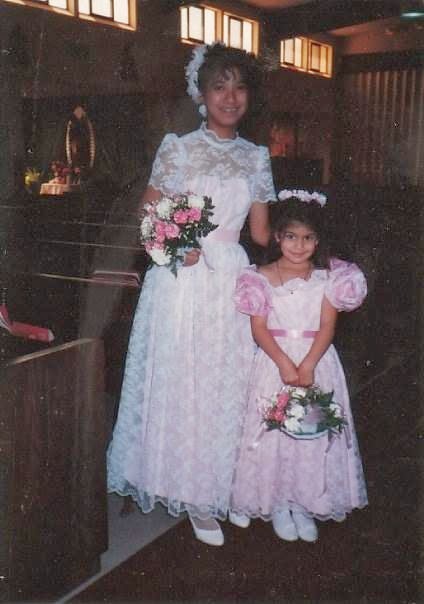 I’m not going into too much detail of my childhood trauma, but know my childhood environment was less than desirable at times. As family life has something to do with fueling my Borderline, I was born with an innate emotional sensitivity. My parents loved me and did their best, but I was often seen as being difficult and stubborn and I do not blame them for how my life unfolded.  In actuality my family didn't have the knowledge or tools to help me communicate my needs. On the outside I was a sweet little girl, outgoing, with the world at her fingertips, but on the inside I felt alone, misunderstood, was screaming and nobody heard me. As I grew into my 20’s I spiraled into a life of various addictions, abusive relationships and psychotic self-destructive behavior that nearly killed me.

How was I Diagnosed? 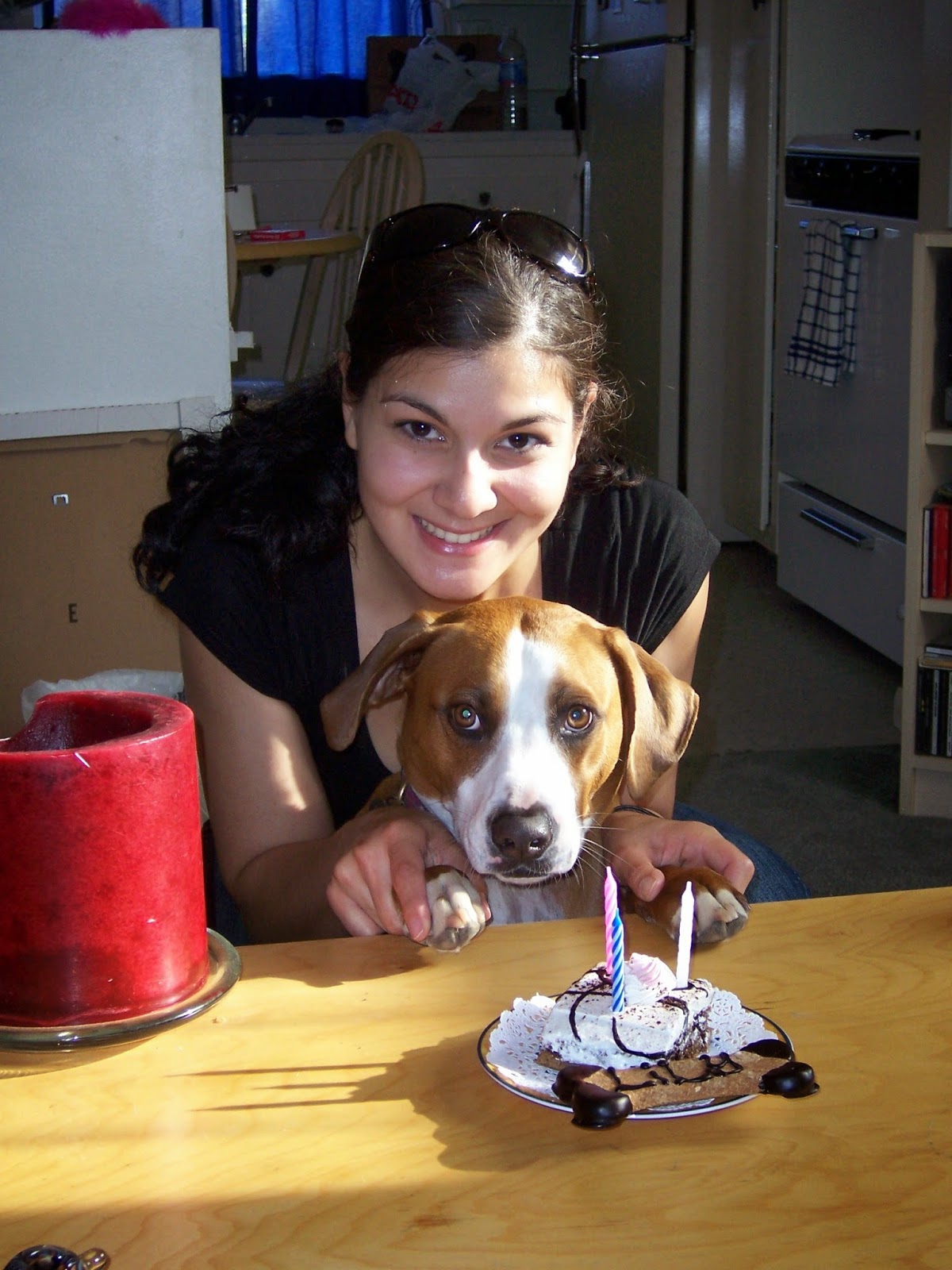 BPD is not typically visual on the surface; many people with BPD look and act totally “normal” until emotions are triggered at high levels and an episode erupts. I went to school, went out with friends, practiced YOGA and other exercise, worked a corporate job but behind closed doors I was being treated for major depression and anxiety disorder, which I experienced but unknowingly in conjunction with BPD. In 2006, after a highly emotional and embarrassing episode involving people close to me, I was called out as emotionally unstable. Those words made me look up “emotional instability” on the internet. There in black and white, many of my destructive actions and thoughts read…Borderline Personality Disorder. Finally there was an explanation of what was “wrong” with me and I sought therapists who specialized in BPD. 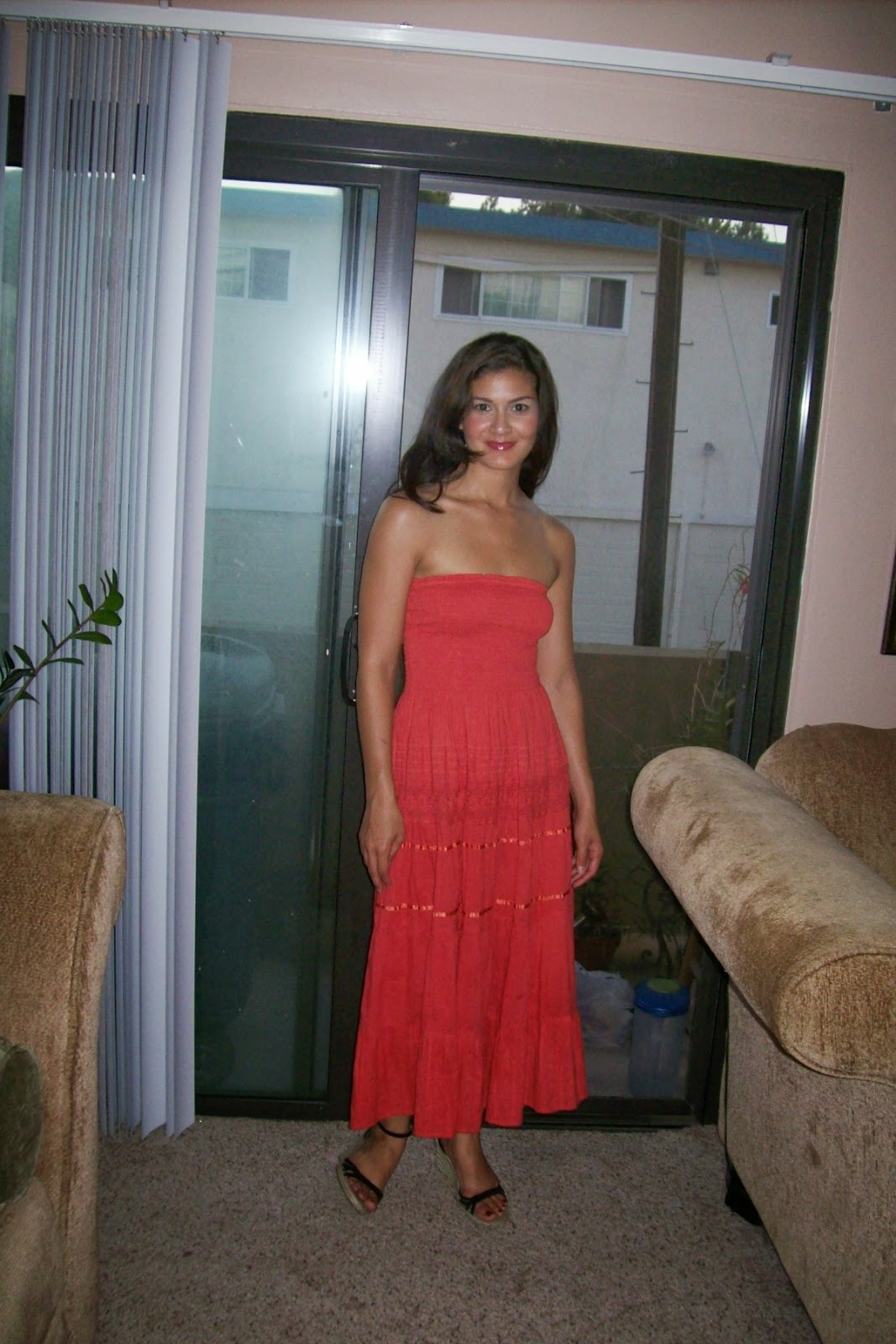 Already at my plateau

After 2 years in twice weekly therapy, gaining knowledge about BPD, YOGA 3 times per week and the practice of living mindfully, my distress fluctuated. By the time I turned 28, my love addiction was well formed in a 2 year destructive, provoking and invalidating relationship. The suffering intensified and my healing process came to a halt. I struggled to survive and my psychotic episodes were at a constant. On a Thursday, with nothing out of the ordinary, I came home from work feeling calm and began to plan my death with the intention to die within 24 hours. Something told me I was supposed to survive to see 30 and there had to be help out there. I researched specialized treatment, left my job and spent the next 9 months in intensive outpatient therapy called Dialectical Behavior Therapy (DBT) –Zen principles and mindfulness approach to Cognitive BehaviorTherapy created by Marsha Linehan. It, in combination with my continued YOGA practice, saved my life.

In DBT I learned how to create the person I wanted from a clean slate. I had to unlearn all of my old behaviors to create new, healthy ways of coping. It was a full time job in itself. Once I began getting to the core, which for me was physical pain, anger and rage, I reached a plateau. Plateaus are dangerous because Borderlines can experience the most difficultly in this part of recovery, therefore the suicide rate is at its highest. Shortly thereafter my relationship provoked an episode that took me to near death. That moment I chose to physically leave my toxic relationship knowing it was the only way I had a chance to survive. 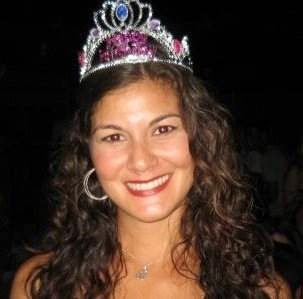 Soon after I turned 29, the residue of my relationship triggered me to come face to face with my biggest demons. Only, this time I had the space to use my learned DBT skills to cope with my emotions. All I wanted to do was run but my path in recovery had already come too far. Every emotion I’d ever felt came at me all at once and I began fighting for my life. It felt like hours, through panic, crawling, screaming, crying I stayed in the intensity.  I wanted to die and suddenly something shifted. The emotions, as I had learned in DBT, had changed and I knew my demons had been defeated.  I was so emotionally exhausted but I knew life as I knew it was over and I had made it to the other side. That was the first night I slept knowing real peace. Now at 34, it’s been nearly 6 years since my last psychotic episode and 8 years in sustainable recovery from BPD and addiction. Oh don’t get me wrong, I’m still human, make mistakes and have revisited old tendencies, but I now have the tools to deal with humility, love and compassion for myself in order to keep moving forward on this side of life. 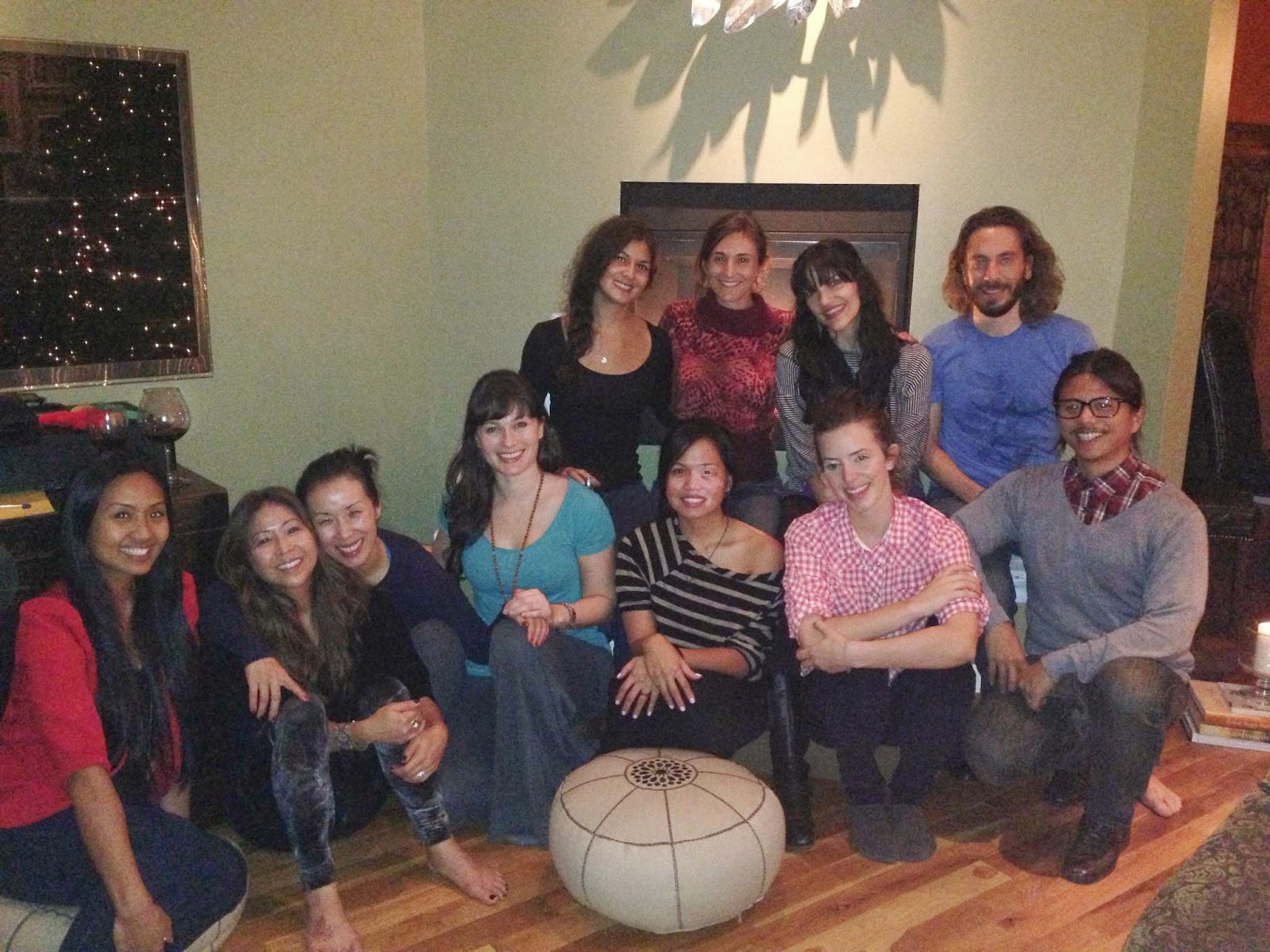 YOGA had been the only steady in my life for 7 years before I was diagnosed. YOGA brought relief during my suffering and I began to learn love for myself. My main instructor at the time, Govind Das of Bhakti Yoga Shala introduced me to Bhakti Yoga (Yoga of Devotion) bringing his form of Power Yoga, chanting and dancing was where my genuine self was revealed and I was freed from my chains and led to a path to heal others. In 2009, I went into Teacher Training with Tamal Dodge of Yoga Salt. Training was another challenge in itself. I was still healing and didn’t know if I’d even have the strength to guide others while in recovery. The more secure I felt in my recovery and teaching, I envisioned creating a safe haven for people to practice in a non-competitive and non-judgmental space. In 2010 I founded The Yoga Place, beginning with 10 classes and teaching all of them for nearly a year. I hired my first instructors in April 2011 and today tYp has blossomed into a studio where our instructors and students alike have created a safe space for our community where we are who we are, flaws and all. In December 2013, my 2nd love, surfing, brought me to face trauma once again. While jumping a wave, my surfboard came back at me splitting my chin open and needed 29 stitches.  One month post-concussion, I was feeling FINE (F*cked up, Insecure, Neurotic and Emotional) and the real trauma surfaced. Not only was my face ripped open, but I was ripped open. Since then, many challenges have come up mentally, physically and emotionally and I made the choice to honor my struggles, seeking help from various forms of healing. My accident prompted me to reveal to you the truth about who I am because I no longer feel ashamed about my past. The experience has reinstated my purpose in life, but to new levels and the scar across my chin is my daily reminder.

It’s likely at some point you have gone through your own trauma and have had to work through physical, mental or emotional wounds, big or small. It’s time I help bring awareness and educate people about BPD, addiction and recovery of any kind. My experiences have prompted me to expand The Yoga Place into and Urban Wellness Center where we can include classes specifically designed for people in recovery, trauma and addiction. In my current path, I was led to take leadership training with Y12SR – Yoga 12 Step Recovery program with founder, Nikki Myers. She is a former alcoholic, drug addict, prostitute, compulsive spending addict and then some. She continues to inspire the part in me I once found dormant so I can stay on my path to healing through my first love, YOGA.

Want to learn more about BPD?

A Few Books that Have Aided in my Recovery:

Putting the Pieces Together – A Practical Guide to Recovery from Borderline Personality Disorder – Joy A. Jenson *This is still my go to book* Facing Love Addiction – Pia Mellody The Four Agreements – Don Miguel Ruiz I Hate You, Don’t Leave Me – Understanding the Borderline Personality Disorder – Jerold J. Kreisman Creativity – Unleashing the Forces Within - Osho Mindfulness in Plain English - Bhante Gunaratana Stop Walking on Eggshells – Paul Mason (this book is mostly for people who live with someone with BPD, but helpful for everyone involved)

My Go To Theme Song:

"Slow down you're doing fine, you can't be everything you want to be before your time"

The Picture that Best Describes Me: 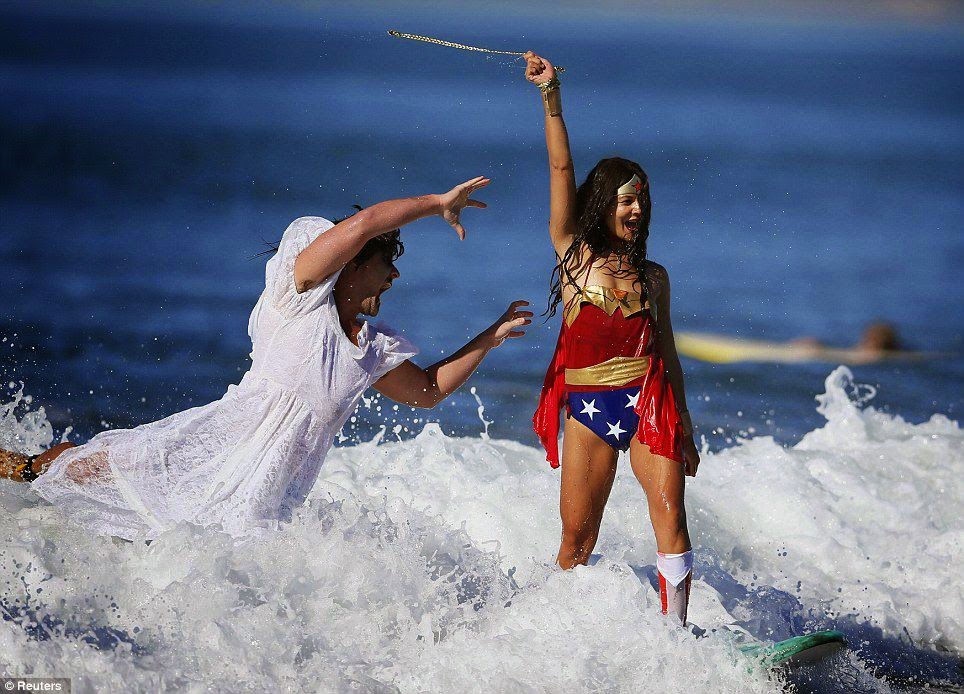 but better than that, this picture seized the moment

In the face of fear, ride the waves of life and keep goin strong…